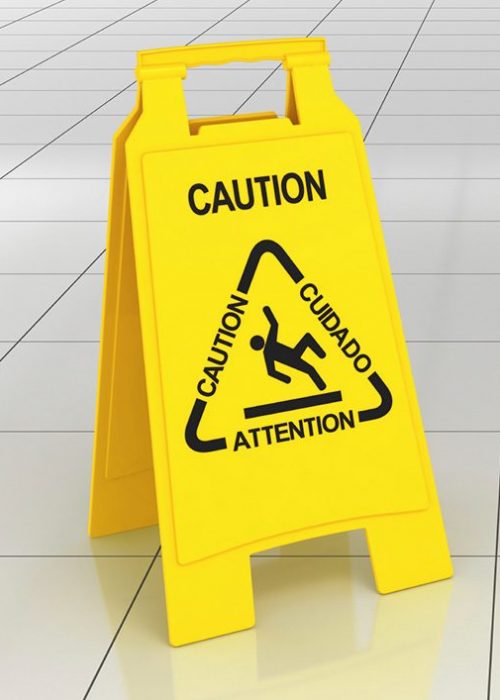 If you are a small business owner or contractor, no doubt you are aware of the potential of being sued by a third party. Whether it’s a lawsuit that involves claims of bodily injury, damage to property or personal injury, any one of these can have a negative impact on your business. At Colstan & Associates, we’re here to reassure you there are ways to protect your business and your livelihood.

General Liability Insurance will safeguard you from such liability claims by providing compensation for:
• Attorney fees
• Court costs
• Settlements and judgements

This coverage is crucial considering that most any business is vulnerable to such claims. Additionally, it may be a requirement of some employers or clients that you have an adequate amount of General Liability insurance if you are going to do work for them.

While it’s true a Business Owners Policy includes General Liability coverage, along with coverage for personal property and business interruptions, not every small business or contractor is eligible for this type of insurance. For example, do you own property that’s used for the business or commercial buildings? Do you have a payroll to cover or other operating expenses? Is your industry considered low risk? If the answer to these questions are no, then General Liability is for you.

With any commercial General Liability insurance policy, there are limits as to what the insurer will pay. It is made clear in the policy that the limits outlined in the declarations restricts the most the insurer will pay no matter the number of insureds, claims made, suits brought, or persons or organizations making claim or bringing suits.

For example, a contractor working at one site accidentally cuts an electrical cable, which results in loss of services to several buildings in the area. Although these other businesses each bring a lawsuit against the contractor, the limit remains fixed. Even though there are several suits from a number of organizations, this will not increase the limit shown on the declarations.

There are six General Liability limits that are all interrelated. This is because payment of damages on one limit will also affect another. Following is a listing of these limits and an explanation of how they are interrelated:

1. General Aggregate
This is the most the insurer will pay for all sums as damages because of bodily injury, property damage, personal and advertising injury except for those sums paid as damages because of bodily injury or property damage included within the products-completed operations hazard. This hazard is defined in the policy and a separate aggregate limit applies to such claims or suits. Included within the general aggregate are damages paid under insuring agreements Coverage C—medical payments and Coverage B—personal and advertising injury.

4. Each Occurrence
This limit is the most the insurer is required to pay for the sum of all damages under Coverage A—bodily injury and property damage and Coverage C—medical payments. The each occurrence limit does apply to all sums paid under Coverage A even though a separate aggregate limit applies to products-completed operations claims and claims for bodily injury and property damage that do not arise from the products-completed operations hazard.

5. Damage to Rented Premises
Rather than a specific coverage grant, coverage for this limit is provided by the following exceptions: (1) coverage for property damage to premises, including contents of the premises, rented to the named insured for seven or fewer consecutive days if an insured is legally obligated to pay for such damage due to any cause except fire and (2) coverage for damage only to the premises (not the contents) if an insured is legally obligated to pay for the property damage, but only if the damage is caused by fire. The coverage granted by these exceptions is subject to the damage to rented premises limit listed on the declarations. The limit applies to any one premises and is a sublimit of the each occurrence limit. Therefore, any property damage paid under the damage to rented premises limit will reduce the each occurrence limit for that same occurrence and will also reduce the general aggregate limit.

It’s important to note that as a business owners, you can purchase a commercial umbrella policy that will provide additional liability coverage that goes beyond the limits of a General Liability policy. Let Colstan & Associates help you create a policy that meets all the needs of your business.

Remember: If you have employees, you are required by New York State to have Workers Compensation and Disability Insurance. If you have vehicles that are used for business purposes, you are required to carry Commercial Auto insurance. It’s important to remember that Workers Compensation, Disability Insurance and Commercial Auto Insurance are NOT covered by General Liability policies. You will need separate policies to cover professional services, vehicles and employees.